Key topics to be discussed:

We conduct in-depth market research and deliberately develop the agenda with leaders and experts who are at the forefront of data science and technology to ensure that the event answers your true needs and interests. There are keynotes, thematic tracks, panel discussions, deep-dive sessions, networking lunches and drinks designed to maximise your experience.

See below for the full two-day agenda

As the 4th most populated country in the world with more than 260 million people, the E-commerce penetration of Indonesia is only around 2%. Tokopedia's mission is to democratise commerce through technology. The data journey of Tokopedia has gone through the early Ad-hoc analysis and automated reports & BI Dashboards stages before coming to the self-service analytics stage.

Designing and validating models is only one part of a whole data science project. There is a gap to bridge to go from design to business value. Having these models running in production is the only way to create lasting measurable value for a business. And today production issues are the main reason many companies fail to see real benefits come from their data science efforts. During this presentation, we will first understand what « to go into production » means and then consider actionable steps to build production-ready data science projects

In his session,Rick will give an insider's view on how Alibaba group leverages on group-wise centralized data platform to maximize data synergines across its portfolio companies,including sharing of some of Alibaba's key data governance and productization philosophies and best practices.

The ice-breaking session will be assisted by AI technology to push the best interaction and engagement.

Take a simple and very powerful practice of stretching, breathing and mindfulness. It’s simple in that it’s effortless to follow and do. It’s powerful because it can help you to relax truly, manage the stress, train your attention and enhance interpersonal communication so you will be prepared more than ever to benefit from the following event sessions.

Revolutionizing business through data science and analytics, Alteryx delivers a modern, end-to-end analytics platform empowering analysts and data scientists to deliver game-changing insights like never before. With over 54 million data workers worldwide, the era of digital transformation has already begun. In this session, Celine will share insights into the top challenges faced by data workers, addressing the skills gap and how organizations should successfully embark on their analytic journey.

AI + Gaming – on the Blocks Building for Successful AI Roll-out

AI and ML have become transversal new technologies that are positively impacting each and every component of the finance ecosystem. This talk highlights some of the different ways in which AI and ML can be leveraged to drive new business using FinTech solutions. The talk will discuss how AI is augmenting, modifying, or replacing some of the traditional elements (people, processes, etc.) in finance. We also shed some light on the future of FinTech in the context of the emerging digital ecosystems space and AI.

AI / ML are already having a significant impact on many aspects on healthcare. In this talk the speaker will outline: Potential for use of AI in kidney care especially dialysis care Currently available models and those under development – predictive, prescriptive & risk stratification models Discuss Fresenius Medical Care’s technologies in this area

While we are fortunate to have so many effective medicines, the patient’s journey to the right treatment often remains complex and fraught with information asymmetry. AI and digital technologies have the potential to shorten and smoothen the patient’s journey. From enabling awareness, quicker diagnosis and referrals, accessing the right treatment, and maintaining follow-up to maximize outcomes for patients but also benefiting the healthcare system.

Every organization has a need for data to achieve outcomes powered by advanced analytics or data-driven decisions. Building the right foundation for that involves many factors – technology, people and culture. In this session, find out more about the lessons learnt and best practices from SGX’s Data & Analytics journey, as well as some of the applications of analytics and machine learning in the finance industry.

A Unified Journey of AI, Blockchain, Crypto and Digital 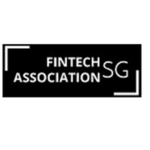 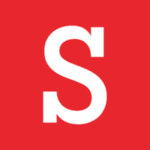 The era of in-person interaction between brokers and clients is becoming obsolete. The expectations of today’s customers are changing rapidly, driven by the digital interactions they are enjoying in ecommerce and financial services. The insurance industry has been transformed by digital technology and mobile evolution, and it is up to progressive brokers to respond by integrating technology into their day-to-day business.

While technology is not radically changing the way insurance products are created, it is changing how brokers work and giving them the opportunity to focus on their core sales and service attributes. I will highlight 4 main characteristics of digital brokers using Shenton Brokers as an example, namely the digital distribution of products, digital connectivity to policyholders, digital connectivity to insurers and digital automation of operations.

This is not a matter of digital technology replacing brokers, but those who succeed in adopting it will certainly replace those who don’t.

Beyond its application, it is a large-scale implementation that is recognised by the Singapore’s Ministry of Communications and Information as the first successful use case for adopting their recent (PDPC) Model Governance Framework for AI.

This presentation will examine the data management and strategies UCARE.AI implemented for APACHE and explain how organisations can leverage on UCARE.AI’s AlgoBox to easily train, develop and deploy new AI models in-house. 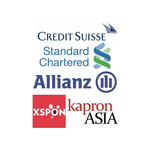 Here are some potential topics will be covered in the session: 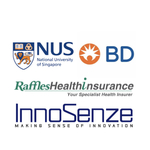 Here are some potential topics will be covered in the session:

Cut through the hype with DATA SCIENCE PIONEERS and see what it really means to be a data scientist. Even though the name is new, the role has a long lineage in statistics and information sciences. And while the challenges data scientists now face occurring on an unprecedented scale today, they stand on the shoulders of technical and ethical quandaries that came before (after all, the question of self-driving cars is the trolley problem made real).

In DATA SCIENCE PIONEERS, real data scientists contextualize the role and why they love it while exploring the concerns and challenges to come. DATA SCIENCE PIONEERS is proof that data scientists aren’t just data-crazy mathematicians that happen to work in a cutting-edge field; they enjoy their work and want to take on difficult ethical questions, too. They want to make a difference.

BACKGROUND Data scientists are in extremely high demand as organizations leverage their skills to tackle all sorts of problems. Yet the demand(and the number of job postings) outpaces the supply. According to the Harvard Business Review, data scientists have the “Sexiest Job of the 21st Century.” This puts data scientists in a privileged position with a lot of job security, but curiously, what they actually do day-to-day remains a mystery to many. Data Scientists are at the front lines of data, privacy, and civil liberties debates, as they construct systems that take advantage of (or don’t) personal user data. It’s an incredibly challenging role, but data scientists are passionate, curious people who help generate meaning from sensors and stories from data.

For the non-data scientist, DATA SCIENCE PIONEERS is still a critical piece of the puzzle that is the future of AI - it’s about getting to know the people that are building systems that affect everyone’s day-to-day lives. Accepting AI as an inevitability is complex and might start with data scientists themselves, but it’s a fundamental change that will affect all and that cannot happen in isolation. DATA SCIENCE PIONEERS brings the story that will fuel discussions about not only how to construct a solid foundation for AI, but also a supportive community of those responsible for building it. 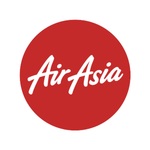 With the mandate to contribute to the 5 fold growth of the data capabilities at AirAsia, Thomas will share about his journey from assessing business needs, immediate and future, identifying the necessary skillsets, and locate those talents. He will explicit how this experience confirmed the needs for increasing global data literacy company-wide, for strengthened collaboration with transformation/change specialists, and the value of multidiscipline decision science in addition to data science. 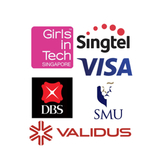 This is a session dedicated to women technology leaders, scientists and engineers in the data science world. Extraordinary women leaders who are pushing the boundary of the AI technology and business world will sit together to have an in-depth communication around topics like AI technologies, the future of data science, women power in technology leadership, women's career development as well as tips they'd like to share with peer women leaders and young ladies who regard them as role models. 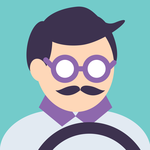 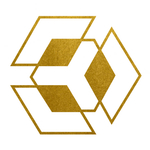 Data is the foundation for Artificial Intelligence and Machine Learning. While many companies claim their AI/ ML technology is incredible, in practice, effective applications should begin with data. How can enterprises share their data with 3rd party to train its AI/ML models to improve the models. This talk will explore how to use modern key management and data encryption solutions to address the most critical security issues we face today.

Mankind is building more and more structures, some of these are causing safety threats, and there are less and fewer people able to provide upkeep at scale. Together with business processes digitization, facilities managers, asset owners, contractors, certification bodies, and regulators across numerous industries are looking for ways to create new efficiencies with robotics and AI technology. Taras will offer a future and present vision of where things are moving, stumbling blocks and opportunities, as well as real-world implementations right here in Singapore as well as in other parts of the world.

Take a simple and very powerful practice of stretching, breathing and mindfulness. It’s simple in that it’s effortless to follow and do. It’s powerful because it can help you to relax truly, manage the stress, train your attention and enhance interpersonal communication so you will be prepared more than ever to benefit from the following event sessions.

Highlights of the presentation include:

Don't just take our word for it 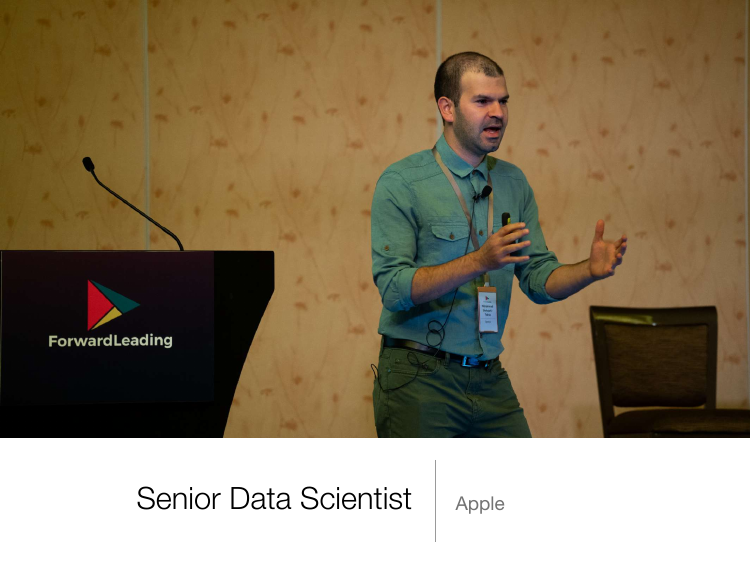 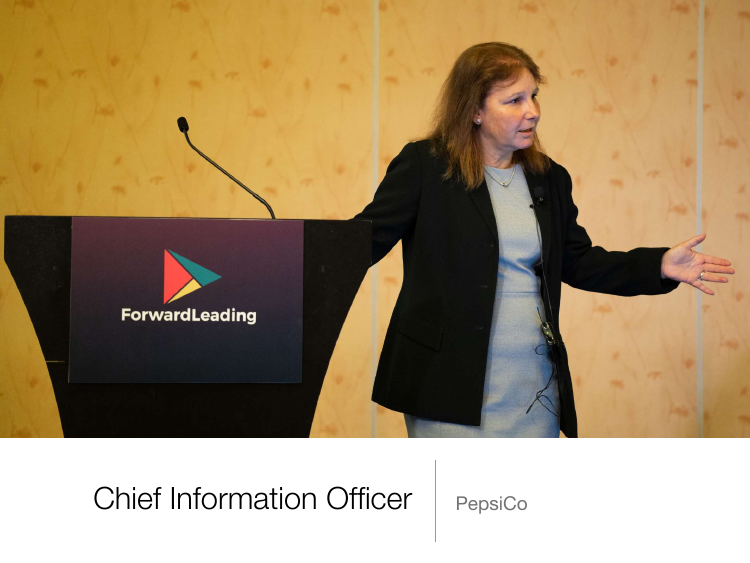 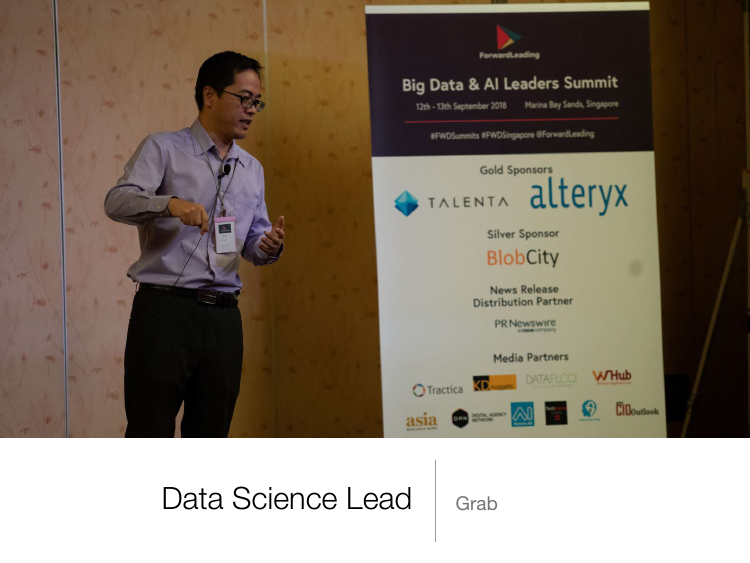 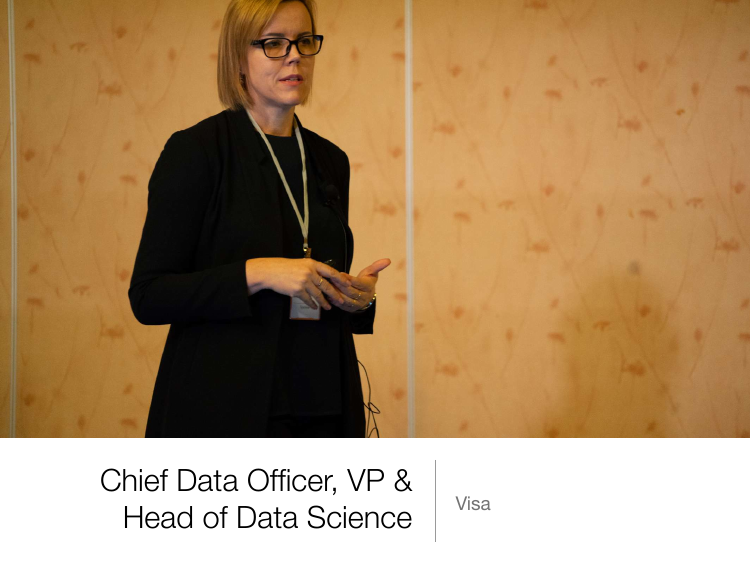 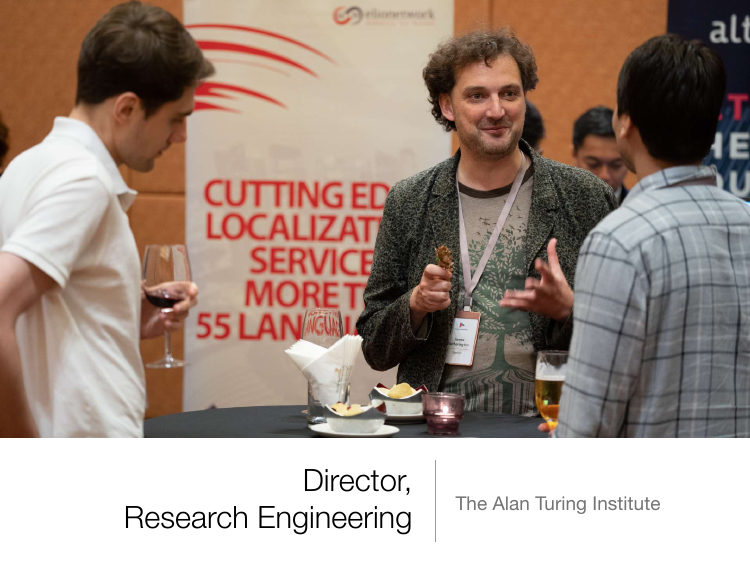 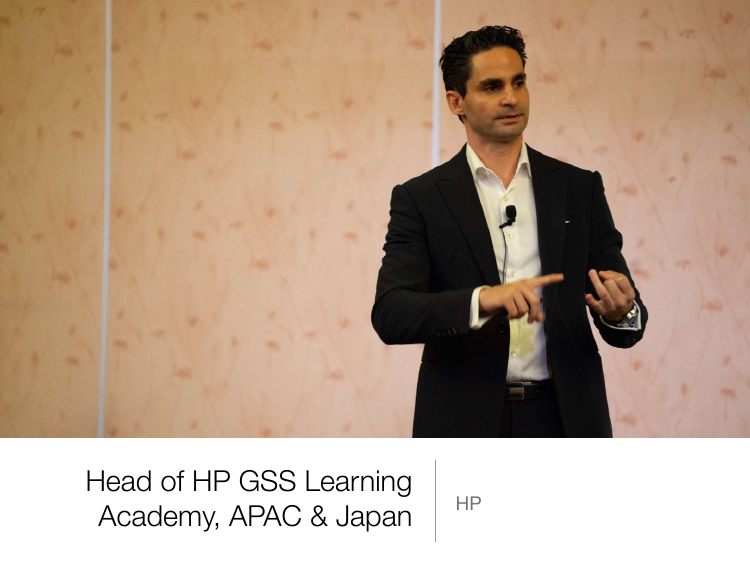 Gain significant brand exposure and promote your company as a thought leader to the most senior community of Big Data and AI professionals in Singapore. Contact our sales team to develop a bespoke package, tailor-made for your business. 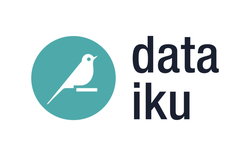 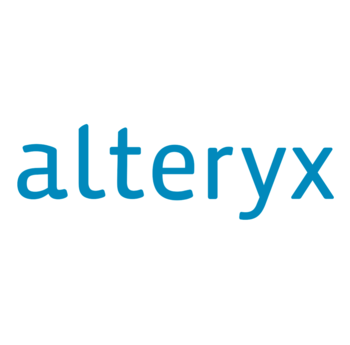 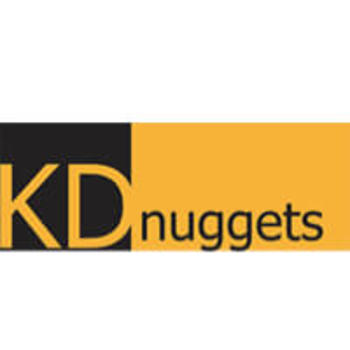 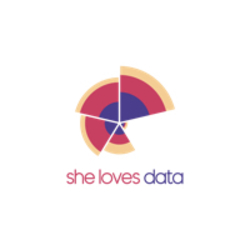 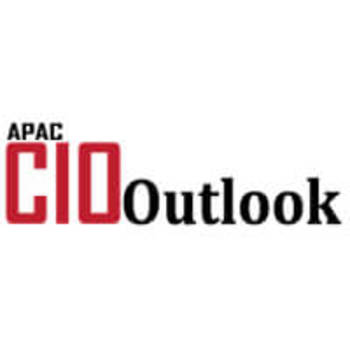 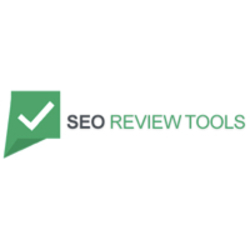 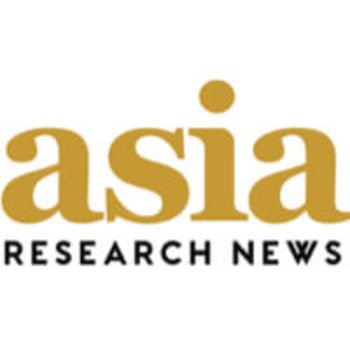 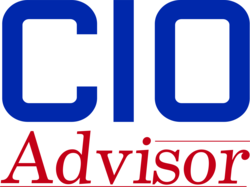 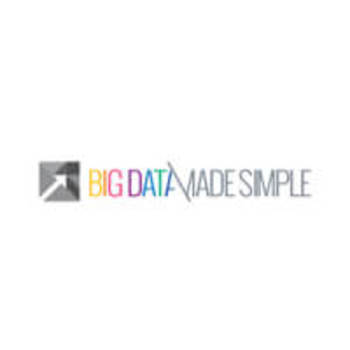 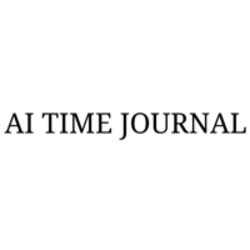 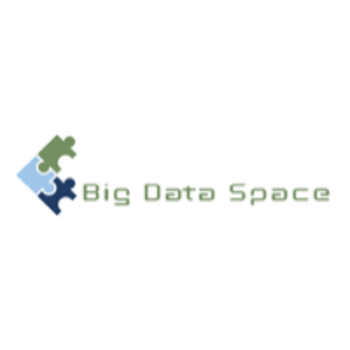 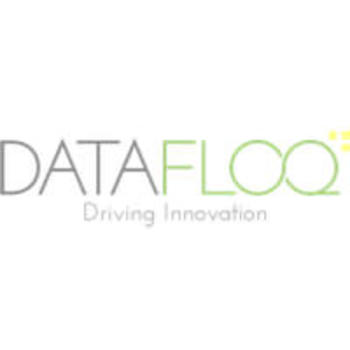 This year's summit will be held at the spectacular Marina Bay Sands, filled with architectural wonder in the heart of thriving Singapore.

Forward Leading has negotiated a special room rate of SGD 380 / Night for you to stay at Singapore's landmark 5-star hotel and enjoy the Infinity Pool along with your stay. Materializing the spectacular group discount is simply one click below.

Join 150 like-minded peers at the leading data conference in Singapore, hear from more than 30 industry experts and bring immediate actionable insights to your business.