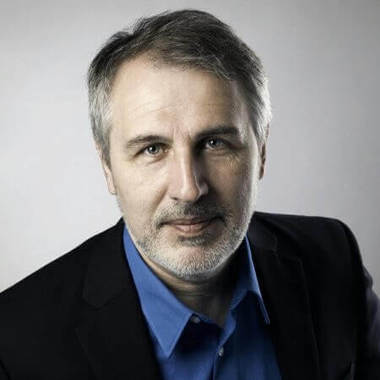 Rethink Robotics is developing a new class of robots. The robots are designed to work among people, so the team has to bring in a lot of innovation into the field of industrial robotics that has traditionally been thought of as job-stealing, hard-hat wearing and not very people-friendly area.

Yuri's responsibilities include correlating hopes and promise of academic research with the hard practice of making it technologically and economically feasible to put it in front of real people and include into the manufacturing process.

He often builds prototypes of new devices and algorithms, run validation experiments for promising new techniques, find creative ways of making difficult things simple to use, and advocate for new ways of looking at old problems. Some of these prototypes and experiments become parts of our products, some are slated for the future and some just don't work out. So, daily - I try to maximize the first, and minimize the last items on the list.