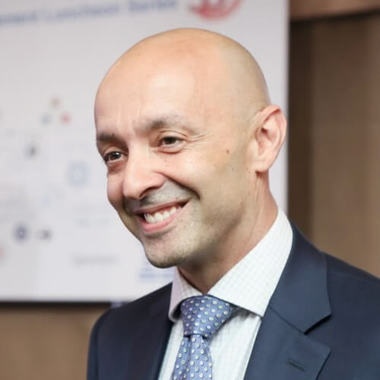 Peter joined Standard Chartered as the Regional Chief Information Officer (CIO) Greater China & North Asia in January 2017. The CIOs of Hong Kong, China, Taiwan, Korea and Japan report to him. Prior to his current position, Peter worked in HSBC where he was most recently the Chief Operating Officer in India. He has also held various senior positions in Technology & Operations in UK, Japan, Hong Kong and India during a banking career spanning over 20 years.

Peter was born and raised in UK. He graduated from University of Sussex with bachelor degree in Electronic Engineering. Peter worked in Denmark and Japan with software companies before his career in banking.

Peter is a married father with 3 kids.