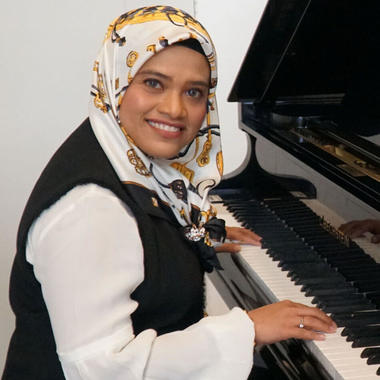 Nuraslina Zainal Abidin is known for her strategic visionary and transformational leadership in business change, growth and performance improvement. She brings with her 15 years of experience in successful transformation and optimization of business performance for major organizations and conglomerates alike. In 2003 she founded GENAXIS with its core operation centered on assisting customers through the certification process on quality management, conforming to global accepted standards set by the International Standards Organisation (ISO) or the implementation of the Six Sigma, to improve efficiency and increase profits. In 2018, she acquired 60% stake in Innovation Associates Consulting Sdn Bhd, one of the leading consultancy companies in Malaysia and subsequently appointed as CEO. This acquisition has opened many collaborative and partnership initiatives with global major technology players especially in the fields of artificial intelligence (AI). Under her helm, the company has developed SAP capabilities involving large scale implementation across wide-range of industries such as accrual and cash accounting, as well as financial industry and loan management.

• Improving the Trading Across Border ranking for Malaysia in 2012 for Ease of Doing Business Report by World Bank-Malaysia Productivity Corporation (MPC), 2011 – 2012

• Re-engineered and deployed transformational change for Royal Malaysian Custom Department for the implementation of uCustoms via 300+ processes across 100+ government agencies and private sectors. It is envisaged to reduce 50% of the time taken for import export activities, 2014 – 2015

She was instrumental in assisting the trade across border focus group for Malaysia in achieving the breakthrough performance of fifth position in trade across border (2014) and Benchmarking exercise on developing innovative solutions for Brisbane and Gold Coast Local Council Australia towards reducing city management cost in 2016. Her credentials include bagging the SME Award for Technology Adoption (2013), Best Performing New Distributor Award from MINITAB Inc (2010), AML/CTF Leadership Conference (2010), Women Exporters Development Program from MATRADE (2017 – 2009) and Emerging Entrepreneurship Award from Enterprise Asia (2007).

She was recently named the Business Trendsetter by Foundation of Malaysian Entrepreneur and is slated to receive the SME & Entrepreneur Business Award 2018 at the ceremony to be held in mid-November 2018.