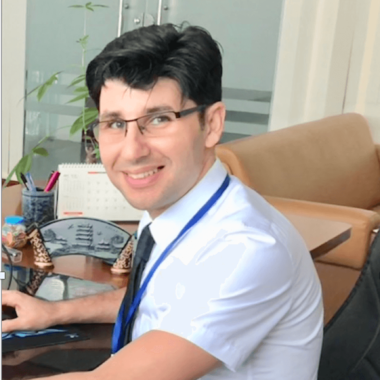 Abdelkrim received his PhD degrees on computer vision on 2010 from known University of Strasbourg, France. Actually he is working as a head of research and CEO of Startup of Medical device named, Mars Medical Robot, located in Shenzhen, China. As KOL, He is working on the development of cutting edge medical devices dedicated to MIS. He is directly involved in all stages of the product development process from concept generation through to Go-to-Market. devices.

During 4 years, he was assistant professor on Electrical Engineering and Computer Science department of University of Strasbourg. He was also Post-doc for 2 years on Civil engineering laboratory. He worked on inspection of railway track using artificial vision and machine learning.

Accordingly, many projects have been managed by Abdelkrim and several research products have been developed (e.g. marker-based surgical tool tracking, Hand-Gesture-based Sterile Interface for Operating Room, Real-time liver 3D Reconstruction Using depth map and marker-based neuro-navigation using augmented reality). His works is carried out mainly at publications on different proceedings and journals in relation with the scientific area of this context.